A report on support through the national endowment for the arts

This is the latest chapter in a concerted assault on the arts -- and eventually humanities -- that has been raging with more or less ferocity since May when Sen. But conservative discomfort with the endowments has existed since their founding; it first received national attention during the Reagan Administration.

The real debate is not about money, or accusations of obscenity, or even -- as the National Endowment for the Humanities was dragged into the controversy -- over disagreements about how history is taught in our nation's schools.

There are enduring enmities between those who favor a government role in supporting our national cultural life, and those, who for a variety of reasons, do not.

Those in favor point to the record of support by governments in Europe, historical precedent, and the need to foster arts and scholarship in locations and disciplines where such activities would not be supported by market forces or private philanthropy.

Opponents often take a libertarian approach, arguing against government involvement at all, or as social conservatives they oppose support for the arts and humanities on moral grounds as part of a broad-based critique of government rooted in religious beliefs that are at variance with prevailing public policy and values.

The philosophical differences between the two sides represent varying views about human nature and its relation to government.

Endowments proponents generally hold modern liberal-moderate political views: This view is opposed by many political opponents of the endowments, but by far the strongest opposition comes from Christian conservatives who advocate elimination of the NEA and the NEH in the heat of the funding crisis as part of their broader social agenda.

For them individual rights and free expression, fundamental values in the liberal tradition, are radically at odds with a world view from an older ideology that sees human beings as basically flawed, their capacities for good nurtured only in the strict observance of Christian dogma.

A government that fails to enforce these precepts is at odds with their deepest beliefs and must be changed. The Reverend Peter J. Gomes described the fervency of these political convictions in "The New Liberation Theology": Within the Christian Coalition are groups adamantly opposed to abortion, homosexual civil rights, and the United Nations.

Many are in favor of "creation-science" as an alternative to the theory of evolution; seek some kind of constitutional amendment that permits prayer in the public schools; want government vouchers for private education. Nearly everyone in the Christian Coalition agrees that the coarsening of our culture -- through pornography, sexual violence, and the demise of the traditional nuclear family -- comprises the greatest threat to our civilization.

Their agenda is clear, and they now have the resources to put that agenda before the American people. They are organized, ambitious, and filled with a zeal that contrasts sharply with the tired-out politics and issues of the major parties.

They are at war with the powers that be, and with the culture, that have for so long denied them and the legitimacy of their aspirations. The Right, on the attack in the culture war of words, employs powerful arguments that are based in emotion and are hard to refute rationally. Their campaign is well funded, well organized, and apparently able to exert an influence in the press and in Congress disproportionate to their number.

The two sides of the debate often take the following positions: Should the United States, which has no history of royal patronage or an established church, be engaged in directly sponsoring arts and learning? At risk, opponents of arts funding argue, is the independence of expression.

Should America have an official art? Should it commission scholarship? A body of work that has been approved and funded by government agency smacks of communism or fascism. Exactly the opposite is true. It is in the interest of American taxpayers to protect accessibility and freedom of expression by supporting culture with their tax dollars.

Otherwise the arts and learning become the province of the few. The wealthy elite and corporations will inevitably silence points of view in opposition to their interests if they are paying the bills.

Large cultural institutions, artists, and intellectuals -- most of the them located on the East Coast -- have no right to use the tax dollars of working people across the nation to subsidize arts and scholarship that benefit only themselves.Through the NEA Research Labs (“Research Labs”), we seek to extend this agenda and its impact by cultivating a series of transdisciplinary research partnerships, grounded in the social and behavioral sciences, to produce and report empirical insights about the arts for the benefit of arts .

The National Endowment for the Arts will award the [ ] Read more. 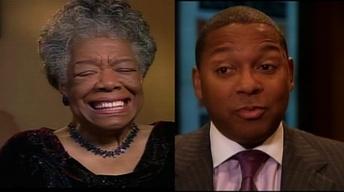 Jan. 19, Lilly Endowment Inc. has launched a new national initiative to help clergy working in congregations thrive in their roles as pastoral leaders. Through Thriving In Ministry, the Endowment is inviting organizations that support clergy to participate in a national competitive initiative.

The White House again proposed eliminating public broadcasting and arts funding. Jan 22,  · The National Endowment for the Arts has played an increasingly marginal role in supporting artists, especially those not working with major institutions in urban areas,” Winstead said.

The National Endowment for the Arts (NEA) was established by Congress as an independent federal agency that provides funding and support to artistic projects throughout America. It provides individuals with the opportunity to be involved with the arts and develop their creative endeavors.

Flushing Town Hall To Receive $60, Grant From The National Endowment For The Arts